With nearly 130,000 people calling it home, Kent is the sixth largest city in Washington State. Like many cities in the Puget Sound area, Kent began as a farming hub in the mid- to late-1800s. After Boeing decided to build the Aerospace Center in the Valley almost a century later, Kent became a popular destination for many other companies, turning it into one of the largest manufacturing and distribution centers in the country.

Today, Kent has grown into a sprawling city with a wide variety of locales. From beautiful residential areas on both the East Hill and West Hill to the dense industrial area in the Valley, from its beautiful parks and lakes to a bustling downtown center, Kent has something for everyone. Unfortunately, that variety comes with a diverse range of pests!

Kent’s West Hill has a number of natural features that can make the neighborhood a hotbed of pest activity. Several greenbelt areas, such as those around Harrison Creek or Mill Creek, can be teeming with carpenter ants, termites, and spiders. Several large water sources, such as Lake Meridian and Clark Lake, can help populations of rodents thrive as well.

With the considerable density of warehouses located in the center of the city, owners need to be on the lookout for pests trying to move in! Sentinel’s skilled pest professionals are well-versed in the needs of industrial customers, and our Commercial Pest Control services may be just what you need to keep invaders such as rodents or stinging insect nests at bay.

No matter where in Kent you live or work, Sentinel Pest Control is prepared to give you peace of mind with a pest-free environment. We will work closely with you to identify any pest problem, and help you keep the pests from coming back!

“While remodeling our house 4 years ago, we found termites in the walls. I called around and Sentinel Pest Control was able to come out the same day. They took a look at our problem and educated us our pest problem and provided us with the best solution…”

“I highly recommend the sentinel team to take care of your needs. They came out to my house after I saw some unwanted spiders and right away knew what they were and solved my problems. I was even able to message them pictures of the bugs…”

“I had the pleasure of speaking with the service manager, Wayne. He was incredibly helpful and actually talked me out of hiring a professional exterminator. If I ever need pest control services I won’t call anybody else. Highly recommend calling them!”

“While remodeling our house 4 years ago, we found termites in the walls. I called around and Sentinel Pest Control was able to come out the same day. They took a look at our problem and educated us our pest problem and provided us with the best solution…”

“I have been using these guys for over a year. My house has a greenbelt behind it and we used to have a lot of spiders and bugs in the house. Now it is very rare to find any! I have brought up concerns and they are very receptive and willing to listen and help anyway they can…”

“I highly recommend this company for your pest control needs. We used Sentinel Pest Control yesterday for a yellow jacket removal and our technician Markus was very professional, knowledgeable & displayed caring and compassionate customer service…” 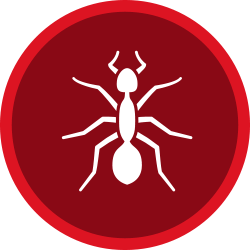 Managing an ant infestation is a complex process. Ants come in many shapes and sizes, each requiring a different approach. 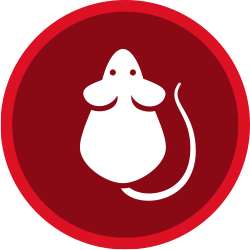 Our rodent-proofing services go above and beyond. We use proven exclusion methods to prevent future infestations! 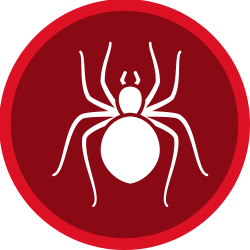 Most spider species found in the Pacific Northwest are harmless, but they are often unwelcome in our homes. 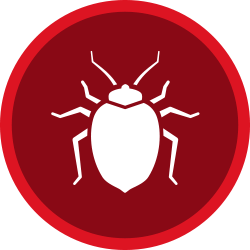 We understand that your needs can be urgent. Our goal is to provide you with a pest-free home or business as quickly as possible. Call before noon Monday – Friday and a Sentinel professional will be at your door the SAME DAY!

Have any pest related questions or in need of pest control services?

Our office staff is trained to answer any pest control related questions! Once scheduled with us, an appointment confirmation will be emailed within 15 minutes with your appointment information and a picture of your technician!

We’ll give you a call and schedule the best time for you!